Stars in Our Schools

Congratulations to the Winner of Sandwell UNISON’s Stars in Our Schools 2021 –
Ellie Sayce, Teaching assistant, Main First Aider, Therapy Dog Handler at Moat Farm Infants.
Here’s some of the things about Ellie.
“ Ellie always amazes me, she has so many different roles and is amazing at each one. She juggles everything effortlessly and with a smile.”
“She doesn’t realise how amazing she is.”
“Ellie is a hero! I marvel at her everyday at how much she does, she is a wonderful support and the children adore her.”
Congratulations Ellie 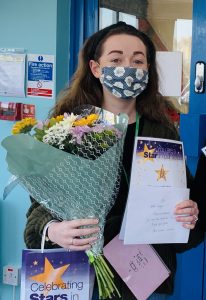 Congratulations to everyone nominated this year, but in particular to Ann Roth from Hall Green Primary for being Sandwell’s overall star in our schools. Ann has worked at Hall Green for over 40 years, helping three generations of some families attending the school. Her nominee stated, “She dedicates herself to her role and puts the children first…She really is a star.” 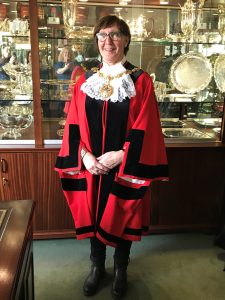 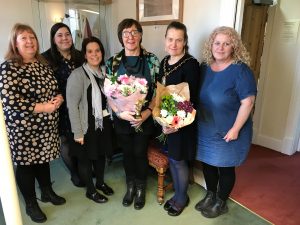 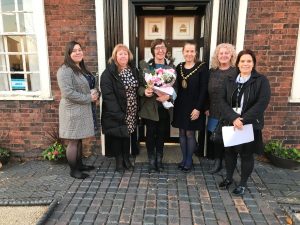 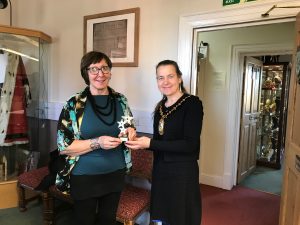 Congratulations to Neil Mathews and Charlie McAllister from George Salter Academy for winning UNISON’s 2018 Stars in Our Schools award. From 64 nominations across Sandwell Neil and Charlie were chosen because according to their nominee, “…are fantastic support staff. Helpful and friendly in carrying out tasks big or small. All schools need efficient site staff and George Salter is very lucky to have both Charlie and Neil.”

Below are a selection of photos from this years event.

Stars in Our Schools Awards 2017

Stars in our Schools is a nationally coordinated competition run by UNISON.
The competition recognises the invaluable contribution made by school support staff. These staff often make the difference in schools to ensure a positive learning opportunity is available to pupils.
This year in Sandwell the competition has been promoted in the borough by Sandwell UNISON. Nearly 70 nominations have been received. Prizes have been awarded to Stars in school and an overall prize has been awarded to the Star of Sandwell.
This year’s Stars in our School for Sandwell is Denise Welch from Phoenix Collegiate. Both Denise and her line manager enjoyed afternoon tea in the Mayor’s Parlour with Ahmadul Haque, where she was awarded a plaque to commemorate the achievement. (See picture below).
A series of runners up were recognised, and UNISON representatives attended surprise assemblies or staff briefings to award certificates, chocolates and flowers.
The runners up were:
Clover Court – Q3 Academy
Pam Quiney – Causeway Green Primary
Sue Brigham – Wodensborough
Kerry Whitehouse – St Michael’s Church of England
Mark Ridgway – The Orchard
Sarah Evans & Jayne Cook – Bristnall Hall Academy
Nicola Stapleton & Debbie Cooper – Newtown Primary
Tracey Clarke & Sue Mills – Our Lady & St Huberts

Please see the below winners from 2016.

Sandwell UNISON Stars in Our Schools 2016

“I just wanted to say a huge thank you to you and the team for making us all feel so welcome and celebrating the achievements and work of our fantastic Cleaning, Site and Gardening Team. I’m proud of all of them and so pleased they have received the acknowledgement. Please pass on my thanks to everyone at Sandwell UNISON.”

Sandwell UNISON Stars in Our Schools (SIOS) ran a two month campaign highlighting and celebrating the amazing contribution of school support staff in the running of the 114 schools across Sandwell borough.

Following a series of school meetings, visits and drop offs throughout the year, Sandwell UNISON introduced a new and efficient online nomination process, as well as working through our reps and workplace contacts to get nominations on a face-to-face basis. In a number of schools, Head Teachers also set up nomination boxes for staff to use, and school notice boards were awash with purple and yellow Stars information.

We also opened up the campaign to non-members, meaning the Stars campaign could be a school-wide celebration. Everyone who was nominated received a certificate, and the winners in each school received chocolates and flowers. We have been presenting them in a number of assemblies, getting the kids to do drum rolls as we announce the winners!

We decided to award an additional prize: Star of Sandwell. This person or team received not just the highest number of nominations, but the most heartfelt and unique nominations too.

We awarded the Star of Sandwell to the Cleaning and Site team at the Orchards School. Cleaning and Site staff often do not receive the praise they deserve, and this team were particularly fantastic! We invited the team and the Head Teacher to Afternoon Tea with the Sandwell Mayor, Cllr Julie Webb, where awards (including a plaque for the front of the school) were presented and lovely speeches made. The team really enjoyed the Afternoon Tea, and we loved meeting them.

We also made Stars in Our Schools a week-long celebration instead of the one day, meaning we have been presenting prizes all week – all branch officers and employed staff have helped make those celebrations unforgettable.

Overall, the Star in Our Schools campaign has enabled us to utilise all forms of communication to engage with members and non-members – emails, online nominations, newsletters and posters in schools, and face to face meetings – and has provided the opportunity for our brilliant school support staff to be celebrated in the way they deserve. Well done everyone

Permanent link to this article: http://www.sandwellunison.co.uk/stars-in-our-schools/

07736 923559 Temporary main number
Email: sandwellunison@btconnect.com Or WMcorona@unison.co.uk for queries to our regional office in relation to the current pandemic.

Due to the ongoing Coronavirus situation, branch officers and caseworkers may be working outside of the main office. Please always try the main office number first. If you cannot get an answer on the office line please try the mobile numbers below – but only in usual office hours.