A Brief History of Campaigning from Sandwell UNISON (formed in 1996)

1997 – Sandwell UNISON General Branch backs a campaign group led by tenants and trade unionists to campaign against the Council’s attempts to stock transfer 5,000 council homes in five areas. Against overwhelming odds the minimally funded campaign defeats a £multi-million promotion campaign and tenants vote ‘No’ to stock transfer. Sandwell UNISON is represented on the platform at the first national meeting against stock transfer and argues for a national campaign that became Defend Council Housing. UNISON members in Housing avoid privatisation.

2000 to date – Sandwell UNISON part of the Unite Against Fascism and Hope Not Hate campaigns against the BNP. After 4 BNP Councillors get elected in 2006 Sandwell UNISON initiates lobby of Sandwell Council House at the first full Council meeting. The BNP are greeted both outside and inside the Council House with ‘Give BNP racism the red card’ cards. 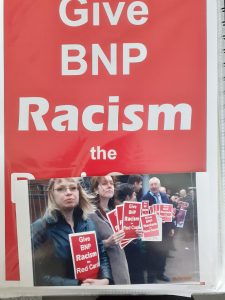 2003- Sandwell UNISON sends two full coaches to the biggest ever demonstration in the UK, where an estimated two million people march against the war in Iraq 15 February 2003.

2004 – After two mass members meetings with Unite and GMB hundreds of staff in Housing and Leisure indicate their desire for industrial action ballots against the transfer of staff to an Arms Length Management Organisation (ALMO) in Housing and Sandwell Leisure Trust. Under pressure the Council guarantees no changes to terms and conditions by offering a TUPE Plus deal which removes the threat of strike action.

2004 – After a lobby and a vote for industrial action at a members meeting of UNISON members in Revenues and Benefits Section defeat the Council’s plan to privatise them. To this day the Revenue & Benefits Section remains part of Sandwell Council. 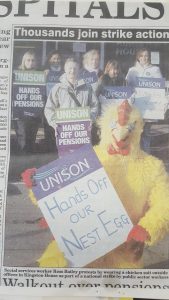 2006 – After lobbies, mass meetings and then a members vote for industrial action the terms and conditions of hundreds of staff in ICT, HR and Finance are secured by a ‘secondment’ model to BT/Liberata. Thus members retain Council employment status and protect terms and conditions. Staff are set to formally return back to Sandwell Council.

2007 – Lobbies against the threatened privatisation of the Refuse service and the closure of Residential Care Homes for the elderly.

2008 – The shutters were down outside this workplace in West Bromwich as part of the national strike for a decent pay rise. 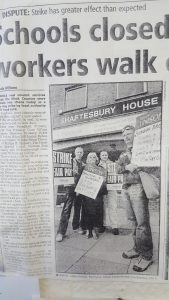 2010 – Library Assistants are enraged at not gaining pay as part of the implementation of Single Status. After several meetings and votes for industrial action short of strike action a ‘work to rule’ commences. After just seven days of a work to rule a deal is negotiated whereby 90% of Library Assistants got up a grade and gain the pay level they deserve.

2011 – Threats by the employer that could introduce performance related pay are knocked back after members at Sandwell UNISON AGM unanimously vote for action if pay is related to the new annual Appraisal.

Sandwell UNISON as part of the half a million strong TUC march against austerity 2011 and on the day of action November 2011 that saw over two million public sector workers take strike action against further attacks on public sector pensions.

2012 – Sandwell Home Care, under threat of being put out to tender, face the proposal from Management of having all their contracts changed to either zero hour contracts or maximum of 20 hour contracts. Following members meetings there was a unanimous vote for industrial action with workers telling management members will “all stick together”. Faced with this threat further talks took place and new proposals from Management protect jobs and hours. Home Care to date remains in house.

2014 – The fight for fair pay brings takes to the picket lines and to the streets of Birmingham. After years of pay restraint, the industrial action for a pay rise is shouted loud by members.

2014 – After strong consultative votes for industrial action against managements proposals to implement 7 day working into contracts across Adults Services as standard, UNISON enters negotiations that see their removal as standard,

2014 – Children’s Services management attempt to downgrade Business Support workers without any changes to their duties. After securing a 100% vote for industrial action on a 100% turnout management drop their proposals.

2014 – The restructure across ACE is set to force all to re-apply for a job. After strong votes for industrial action negotiations offer a number of improvements to the original proposal including only requiring interviews if staff are applying for a better graded job. Members vote to accept moving forward with the restructure with the changes. 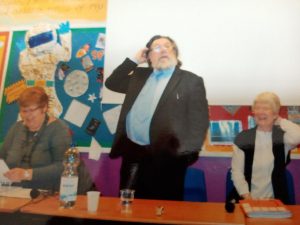 2016 – After members give strong indicative votes for action against the implementation of ‘single staffing’ in libraries lengthy negotiations take place. The outcome being that management proposed a ‘supported staffing’ model, limited to 5 libraries only, that would guarantee nobody should work a library on their own. The new proposals are accepted by members.

2016 – 17 – Working with the other trade unions Sandwell UNISON is part of the successful campaign that saves Sandwell Leisure Trust and prevents plans to attack pay, terms and conditions.

2017 – Sandwell Council finally agrees to pay the Living Wage from April 2018, after trade unions have been asking for the Labour Council to become an accredited Living Wage employer for 5 years.

2019 – Campaigned for Apprentice Charter which increased the chances of Apprentices securing permanent positions. Issue of pay levels remains to be resolved. 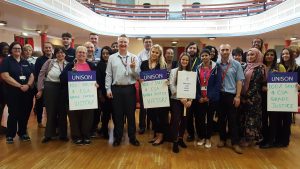 Permanent link to this article: http://www.sandwellunison.co.uk/our-history/